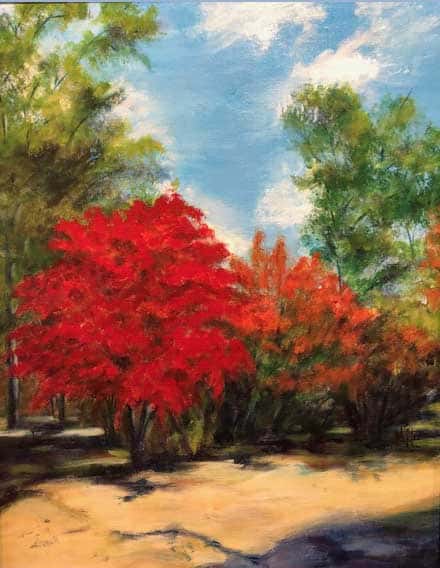 Marian Marsh Guiney Wielinga was born in 1948 and raised with a younger sister in Augusta , GA by a loving and encouraging parents. Enjoying art from a very early age, her formal art training was capped in 1972 by earning a Bachelor of Fine Arts Degree at the University of Georgia. She continued pursuing the “arts “ and produced many samples. During life’s many changes she found herself back in Augusta with 3 sons in tow earning a degree in Childhood Education which resulted in a career as a Middle School Art Teacher for a term of 20+ years.

Retirement came sweet and Marian found herself married to a fellow artist, Roel, who had encouraged her to producing new art of her own and join the Arts Council at the Mac on Main Art Gallery in Thomson, GA with many other talented members. Through confidence, skill and patience gained through years of teaching others the “joy” of producing works of art, painting again became Marian’s passion to depict scenes and situations that tell her a mental story, playing with light and shade, color and form, texture and composition which in turn became her forte. Marian’s love for the “3-dimensional” is also expressed in the crochet constructed pieces.