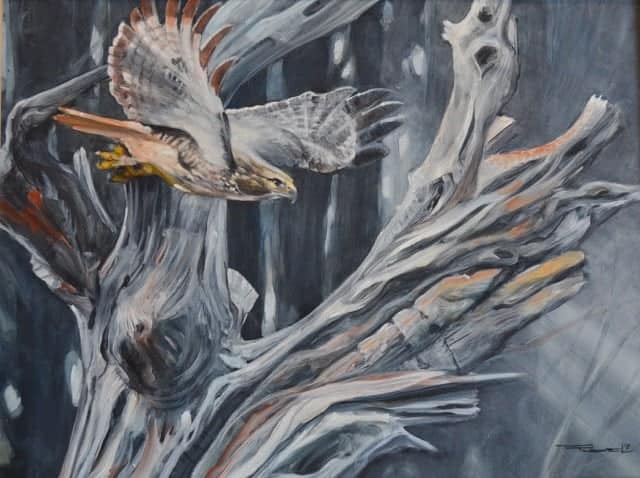 Roel is known as a Fantasy Artist/Illustrator by trade. Born to Dutch parents on the island of Java, Indonesia in 1950 and immigrated to the United States along with his family, which included two brothers, in 1960. Roel is a “born” artist and expanded his art abilities throughout his school life and eventually spent 20 yrs in the USAF as a Graphic Illustrator. Upon retirement from active duty, Roel worked as a professional computer illustrator both freelance and for numerous Publishers, Commercial Graphics Co. and Commercial T-shirt & Silk Screen Designs. The Art changed from “on board” manual illustrations to computer graphics by mastering a variety of apps such as Illustrator, Photoshop, Painter and Dreamweaver. He will continue his pursuit for “mastery” in Fine Art as well as Book Illustrations, Game Character Designs and Comics. Currently Roel is a member of the McDuffie Arts Council and displays his work in the MAC on Main Art Gallery, Thomson, GA

On an important side note…Roel is married to Marian G, a Fine Artist herself (retired art teacher) and the couple currently reside and work out of Roels’ art studio, “Studio De Phantasm”, in Thomson, GA.